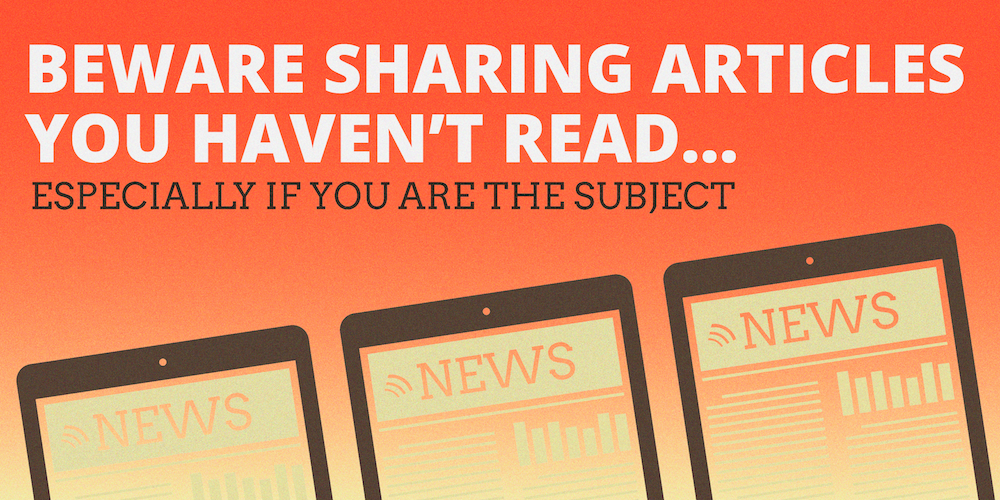 It’s always best practice to read through an article before sharing it via social media.

Sometimes a headline tells you most of what you need to know, and it’s okay to only skim the article, without reading every word. For example, if your local paper reports that a new baby panda was born at your zoo, you can pretty well trust you got the gist of the takeaway before even clicking on the link. It’s still a good idea to read through it, of course, just to be sure there are no critical takeaways/surprising angles towards the bottom of the page. But you are probably safe making assumptions about what you’ll find in the article.

While reading through articles before you share them with your networks them is important, if the article in question is about you, it is EXTREMELY IMPORTANT!

Yesterday, the Salt Lake Tribute named Senator Orrin Hatch “Utahn of the Year.” (Yep, apparently someone from Utah is a Utahn — good to know!)

On its face, this is a pretty big honor. A significant paper from the state’s capital city named Hatch their person of the year. I can see why he would be excited to get that out far and wide to his networks.

Unfortunately for him, the article didn’t exactly line up with the headline.

The very first line of the article should have been a clue to even the most casual of readers: “These things are often misunderstood.”

It then lays out what he has done to deserve such a title.
•    Hatch’s part in the dramatic dismantling of the Bears Ears and Grand Staircase-Escalante national monuments.
•    His role as chairman of the Senate Finance Committee in passing a major overhaul of the nation’s tax code.
•    His utter lack of integrity that rises from his unquenchable thirst for power.

While the first two bullet points were clearly intended to be direct hits against Hatch, it is possible that he could wear both criticisms as points of pride. If he thinks it’s good to scale back national monuments and to raise working people’s taxes so that massive corporations can get a tax break, then he might have read the opening lines and been proud of his accomplishments.
But of course the opening line of the article made clear that the Salt Lake Tribune editorial staff is far from impressed with their senior senator.

And even if the intention of the first two bullet points confused him, that last one was pretty damn clear: “His utter lack of integrity that rises from his unquenchable thirst for power.”

The article goes on to call him a liar who has long overstayed his welcome in Utah. It also says that if he doesn’t retire now, the voters should toss him from office in 2018.

​I read the article yesterday and thought — “Damn! This is brutal.”

But of course that’s not the story here. The story here is that while I read the article and found it brutal, Senator Hatch (and/or one of his aides) saw the article as well, but never read past the title before proudly shared the scathing op-ed with his Twitter network this morning. 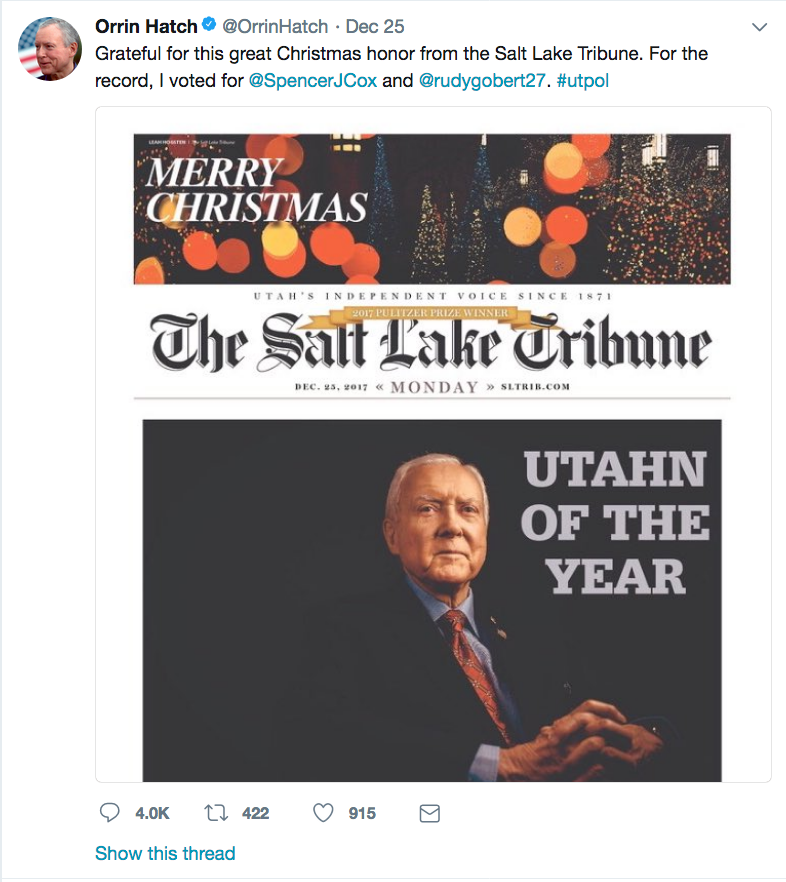 Let this be a lesson to you. Read the article you are sharing. ESPECIALLY if you are the subject.

P.S. Do you know what the ratio is (in the context of Twitter)? It’s when you get waaay more responses to a tweet than likes or retweets. It’s typically a sign that people disagree with your message pretty vehemently, as supporters typically like or retweet, and comments tend to be criticisms of the message. Someone might say: dang, look at that ratio! So notice Hatch’s tweet has a 10:1 ratio.