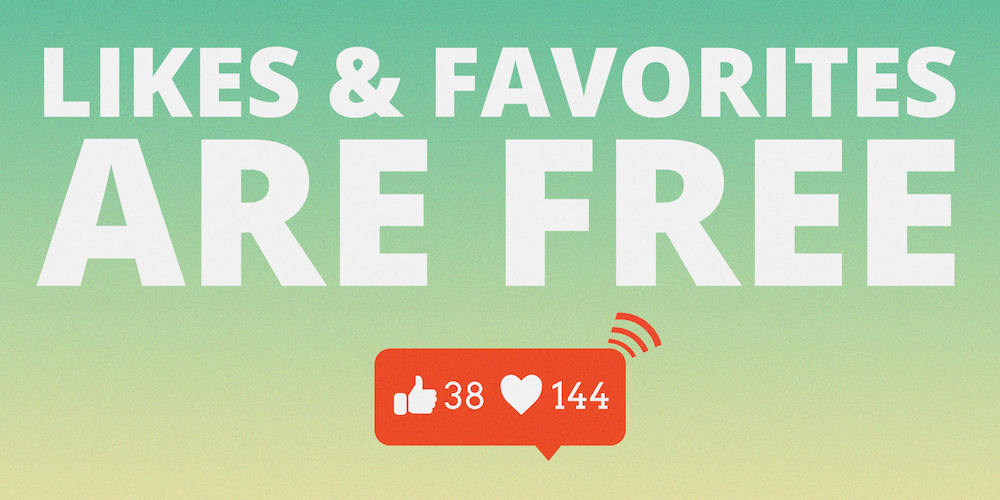 On Friday night, I went to see a Grammy winning bluegrass legend wow his crowd with songs spanning his 40+ year career.​

Because I’m both a bluegrass nerd and a social media nerd, I streamed one of his songs via Facebook Live.

It was late on a weekend night and it didn’t get a lot of views in real time. But over the next 36 hours or so, it was watched a few dozen times. (And now I can go back and rewatch the band anytime I want on my personal Facebook page!) But truth be told, by Sunday night, I wasn’t thinking about the video anymore than I was about the drive to and from the show.

But then Monday morning, something interesting happened — my video was “liked” by the bluegrass legend it featured.

Now let’s be clear: I don’t think that this artist liked the post himself (although he might have). More likely it was a member of his marketing or management team.

But the notification that he had liked my video popped up, and I have to be honest — I got excited. Like, more excited than I probably should have.

I work in social media for a living. I know how this works. I know he probably has some marketing agency liking positive mentions of him online. But you know what: it still got its intended effect out of me!

Having him like my video felt like getting a high five or a quick hello from a bluegrass legend.

Does that handshake mean that we are suddenly best friends? Of course not.

Does it mean I can suddenly shred on the mandolin like he can? I wish!

Am I still excited enough that I immediately want to tell all my friends about it? Yup.

Liking that post cost him literally nothing (save for whatever he’s paying his agency to manage his social media—but that’s a story for another post). Yet it added to my excitement about the show.

Social media serves many roles, not least of which is customer service and community relations.

Think about yourself as a movie star. When you walk down the street, people recognize you. You can’t stop and have lunch with every fan. You can’t even stop and take a picture with them all or you’d never get anywhere. But you can nod and smile to everyone who waves at you.

That’s what a “like” or a “favorite” is on social media — it’s a head nod from a celebrity. It doesn’t suddenly make you best friends or ensure that they will buy your product/go see your next movie/buy your upcoming album. But it shows the fans that you are real, and that you respect them as people, not just as consumers. And it only takes as much time to create that connection as you need to give a single click of your mouse or tap on your phone.

If you see a celebrity on the street, and you wave at them, you are going to tell your friends one of two stories:

“Oh my goodness, I just say this famous person on State Street. It was so cool!”

“I just saw this famous person on State Street. He was kind of a jerk.”

You’re the celebrity. Which would you prefer?

Ten Digital Tips for Aspiring ActivistsSix New(ish) Ways to Get More Out Of Your Tweets, As Well As A User Hack Worth...
Scroll to top