John Fetterman has won his Democratic primary and is now setting his sights on Dr. Oz.

John Fetterman recently clinched the Democratic party nomination in his race to be Pennsylvania’s next US Senator.

Fetterman, the current Lieutenant Governor of Pennsylvania, will be running against a recent addition to Pennsylvania politics… and Pennsylvania itself for that matter, Dr. Oz, who won his primary election by just 951 votes.

For the entirety of his campaign, the tattooed, shorts-rocking candidate from Braddock, PA has been leading the way nationally in Democratic fundraising and really created a masterclass in digital campaigning that any would-be candidate for office should take note of.

In fact, if you want some notes, check out ours here. We did a digital deep dive of Fetterman and Oz’s digital campaigns a while back!

While much of Fetterman’s campaign messaging had been focused on convincing people that he’s the best Democratic candidate for this moment, he’s now shifted his focus to convincing Pennsylvania voters why Dr. Oz is the wrong candidate for them.

Luckily, for him (and democracy!),  Dr. Oz has given him a lot to work with.

This includes scrubbing his campaign site of any mention of Donald Trump – only after winning the Republican primary with help from Trump’s endorsement, being an overall quack doctor, and worst of all – not even being from Pennsylvania. (And we don’t mean in the he-wasn’t-born-there way some folks talk about political candidates… we mean in the he-doesn’t-live-there-now-and-has-never-lived-there kind of way.)

Have to admit, as someone who grew up in “Huntingdon” and had to explain that it wasn’t “Huntingdon Valley,” this bugs me.

There is no “Huntington Valley, Pa.”

There is only “Huntingdon Valley, Pa.” pic.twitter.com/QAYf40W6pU

In fact, Dr. Oz is so clearly not from Pennsylvania that he misspelled his “hometown” on his campaign paperwork.

While there are lots of issues with Dr. Oz as a candidate, the Fetterman campaign has really been hammering this one over the last few weeks.

But the thing is, there are only so many ways to point out someone isn’t from your state. Or are there?  The Fetterman team have been finding funny and pointed ways to do just that and they have been hilarious every step of the way.

While plenty of candidates shy away from memes, Team Fetterman has leaned right in. And we think they’ve done a pretty damn good job of using them to move the needle.

We’re such big fans of Fetterman’s memes that we wanted to round some of them up and share them with you. So, without further ado, here are some of our favorite memes from Fetterman’s feed.

A Little Help From Steve Buscemi

We’re McLovin this one!

Getting ratioed hurts, but at least Oz earned himself a participation trophy

These are just some of the fire memes that the Fetterman camp has used to point out Dr. Oz’s Pennsylvania-less roots, and we think that they do a pretty good job for a couple of reasons:

First, they’re just downright funny. While Fetterman is a serious politician, he and his campaign want to make sure their audience knows he’s just a normal person – assuming you hadn’t already gathered that from his cargo shorts, tattoos, and professional wrestler vibes.

Second, Fetterman’s campaign knows their platforms and they know how to wrack up those engagements. They know their campaign is connecting with not only Pennsylvanians, but also a national, young and engaged audience of Democratic party supporters excited to like, share… and donate!.

By speaking in terms that are both human and engaging to people on social, Fetterman has gained a ton of followers and helped to point out one of the massive flaws of Dr. Oz’s candidacy, and he did it all by letting the memes do the talking.

So don’t be afraid to get out there and do some meme-ing of your own. If you want some help, hit us up.

We’d like to think that we understand these platforms pretty well ourselves. 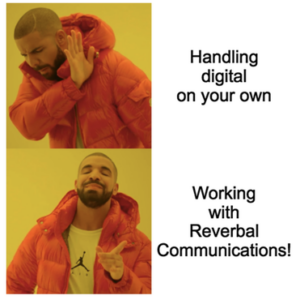 Learn more about our work, and get in touch!

Why Aren’t My Political Facebook Ads Running?
Scroll to top