Google “political email” and you’ll find endless stories about how terrible it’s become. Campaigns — on both sides of the aisle — are buying and swapping lists and then spamming folks relentlessly, endlessly begging for dollars.

Many of these campaigns aren’t even bothering to onboard new emails — warming them up with intros and soft asks before making their pitch — they’re simply buying emails, dropping them into their systems and hitting send.

I’ve heard so many stories of folks getting emails from candidates they’ve never heard of, in states they’ve never lived, asking them for money for races they are not following. Needless to say, people are frustrated.

While this has been a problem for several cycles, we’re starting to see the long-term consequences of this system really emerge.

I’ve spoken with numerous people who still support candidates, but simply refuse to give them money, because they are afraid that doing so will lead to a deluge of spam clogging up their inbox.

And, despite the fact that a big part of my job is writing fundraising emails, fair enough!

I get it. Heck, my inbox is constantly overflowing with unsolicited junk.

Jeff Jackson is a Congressman-elect from North Carolina. He’s a rising star in the democratic party — if you don’t already know his name. You should.

Recently, he rolled out something simple… but revolutionary as far as campaign email goes. He started his own Substack.

If you don’t know Substack, it’s a platform that lets you write emails. That’s pretty much it. Writers can offer a free and/or a paid tier. A whole lot of reporters and big names have left established media institutions to start their own Substacks. I personally subscribe to at least a dozen (if not more) and am even launching my own called Free Digital Tools (where I’ll share – you guessed it – Free Digital Tools!).

In Jackson’s about section he explains why he started this project:

“I’ve done roughly 150 town halls in the last two years of campaigning, and it’s become clear from the experience that connecting directly with people is one of the most important parts of elected service.

Now that we’ve won, I want to keep it going – but I also want to expand it.

Part of that is going to be giving people something we don’t see often: a first-person, weekly account of serving in Congress.

I won’t have an abundance of time to do a lot of writing – so I’ll make it quick – but then again, you don’t have much time to read. So maybe it’ll be a match.

Why does connecting directly with people matter? Because transparency is good in and of itself and you should expect more than you get from people in my position.”

As of this writing, he’s rolled out two issues. The first was just a promo announcing what to expect. The second is titled “Here’s what happen right after you get elected to Congress.”

It’s about him and his family going through something that so few people will ever go through, and helping us experience it through his eyes.

Alexandria Ocasio-Cortez (ever heard of her?) was already wildly popular when she won her Congressional seat. But she helped show the world what to expect from her by livestreaming and sharing her onboarding experience via social media in real-time. It was a total flip of the script. She was taking something secretive and restricted and soaking it in sunshine. 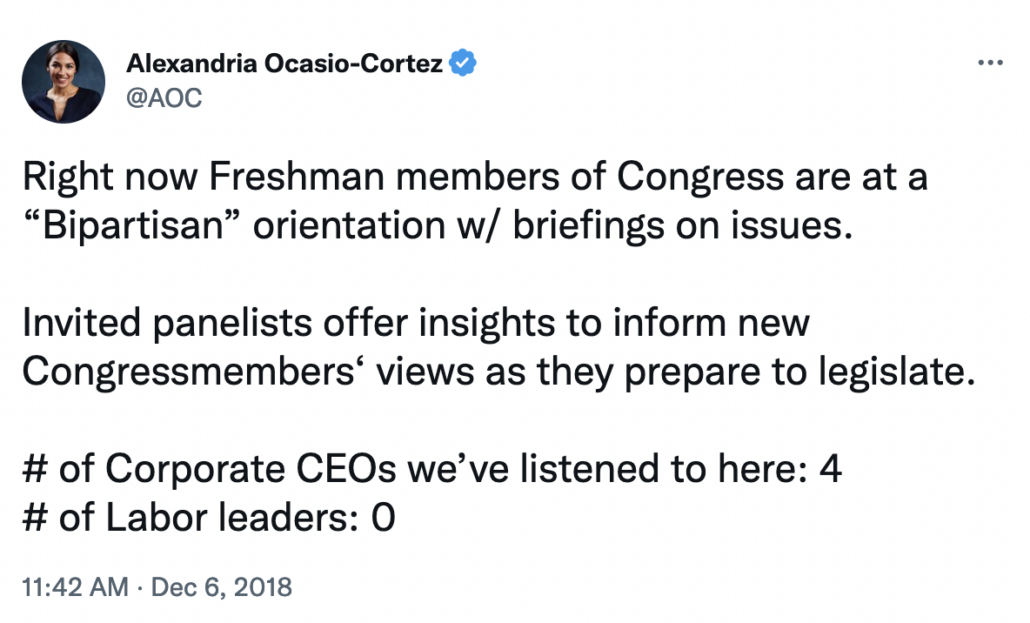 She showed her followers, and the world, that she would not be silenced or awed by pomp or tradition and forced a real conversation about Congressional onboarding.

Whether Jackson continues on the path AOC laid out, or finds a different way forward, time will tell.

But what’s clear is that Jackson, like AOC, understands that “digital” is about more than simply asking for money. It’s about building a community and gaining the trust of those you hope to lead.

My prediction is that we’ll see many more such Substacks pop up in the coming months.

Just like we’ll see more Slack and Facebook Groups emerge from campaigns who understand that an audience doesn’t exist only to bankroll it, but also to sustain it.

John Fetterman didn’t invent the idea of closed digital spaces for audiences, but he and his team certainly invested heavily in creating, growing and moderating them. His team rolled out a Facebook Group, a Slack Channel and a Twitter Group DM and despite having access to tens of thousands of people, they never once (so far as I saw) asked for money on those platforms.

Because that’s not what those communities were for. Rather they were there to educate their audience on how to be advocates for the campaign while also creating a direct line so that the campaign could learn directly from its audience!

They regularly asked for volunteers for organizing shifts, but they also responded to issues being raised by supporters in real-time.

And while they never asked for money directly, I’m betting they saw a very real return on their investment. Because someone who feels a part of something is far more likely to donate the next time they get an email or text message asking them to, than someone who doesn’t know who you are or even what office you are running for.

The Democratic party needs more people like John Fetterman, AOC and Jeff Jackson, who inherently understand the value of community and are willing to invest what it takes to build and foster it. What it needs less of: spammy emails that no one wants clogging up our collective inboxes.

Looking to take your digital program to the next level?